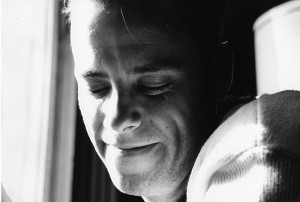 Derek Campbell is an International photojournalist specializing in fashion photography. His signature style captures real life moments in an artistic and expressive way. Whether it’s a destination wedding or corporate event, Derek looks to capture moments and memories of your day, telling the story as it unfolded for both you and your guests. For him, it’s not about just showing up to take pictures. When people ask what Derek takes photographs of, the answer is always the same…PEOPLE. While portraits can look boring and posed, the reality is, not all poses are bad. Anticipating moments and making the most of them creates lasting memories, and sometimes it does involve a little “Tilt your head this way” or “Keep doing that”.

Derek’s passion for photography was sparked in a Toronto high school, and later led him to a degree in Film and Television. He quickly connected with key industry people and embarked on a 10 year career with Chum Ltd., a Canadian media giant which includes CityTV and MuchMusic. This gave him the opportunity to hone his craft, photographing dozens of international celebrities. Derek also gained valuable experience covering events such as 9/11 and World Youth Days. He has also traveled the world, including Asia, Africa, Europe, North and South America, to take pictures at events such as the Summer Olympic Games and World Cup. Derek’s drive to learn led him to take more photography courses, and eventually sharing a studio with one of Canada’s top photographers, Steve Carty. This big jump into the real world of photography allowed Derek to start booking his first clients. More importantly, it made him realize he needed to leave his television career and follow his passion.

You can see much more of his work at http://www.derekcampbell.net